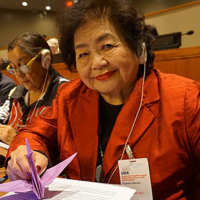 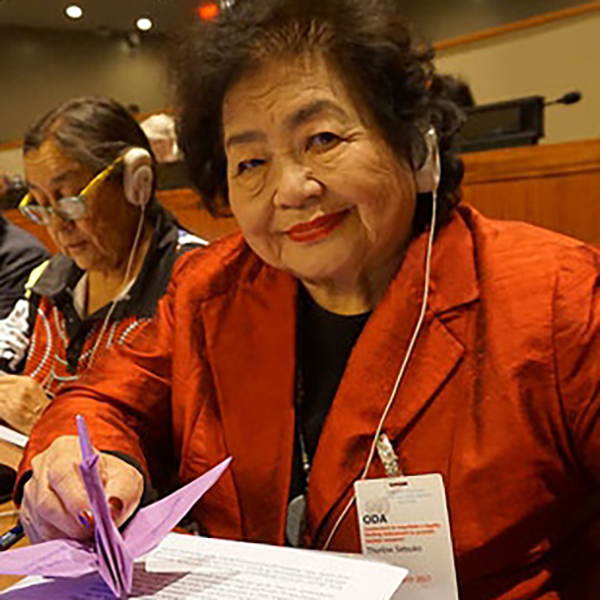 Setsuko THURLOW
Hiroshima survivor and ICAN campaigner
Setsuko Thurlow was a 13-year-old school girl when the United States dropped an atomic bomb on her city, Hiroshima. Today, she is a leading figure in the International Campaign to Abolish Nuclear Weapons (ICAN). Her powerful speeches have inspired countless individuals around the world to take action for disarmament.
She was instrumental in the creation of the landmark Treaty on the Prohibition of Nuclear Weapons, adopted in July 2017 with the support of 122 nations. For decades, she has warned governments that inaction is not an option: nuclear weapons must be totally eliminated if we are to ensure that no other city ever suffers the same fate as hers.
Setsuko’s courageous advocacy, sharp analysis and deep conviction make her a formidable opponent to all who claim that these ultimate weapons of mass destruction are legitimate instruments of defence. A living witness to the horrors of nuclear war, she has contributed enormously to the success of ICAN over the past decade.
Program: Opening
Speakers一覧へ戻る