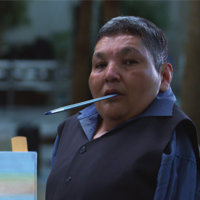 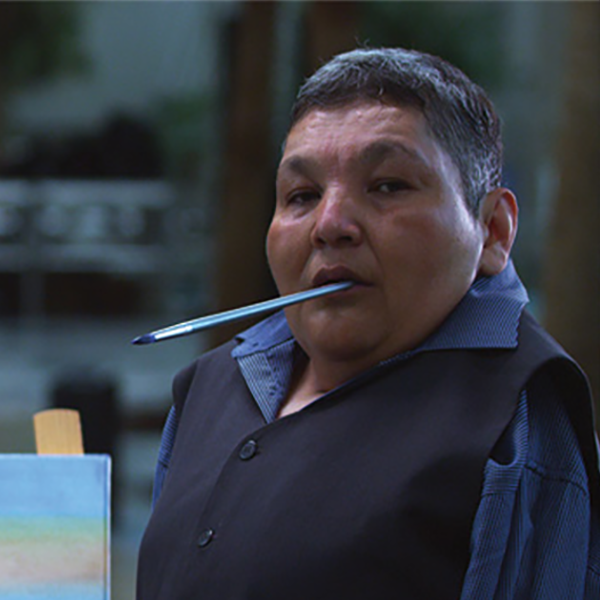 Karipbek KUYUKOV
Atom Project, Kazakhstan
Part1 Part2
Artist and honorary ambassador of the ATOM project
Karipbek Kuyukov is an artist and nuclear nonproliferation activist born without arms as a result of his parents exposure to radiation from nuclear weapons testing. He has devoted his life and art to making sure that no one else suffers the devastating effects of nuclear weapons testing. He was born in 1968 in the village of Yegindybulak, 100 km from the former Semipalatinsk test site. His parents were living witnesses of nuclear tests - his father worked as a driver and often traveled through the steppe into the territory of the test site, while his mother said that she saw a bright flash, after which it grew dark, as at night.
Before the birth of Karipbek Kuyukov, his family had two children, but they did not live to be 1 year old. When Karipbek was born, his mother experienced such a severe shock that she could not approach the child for three days. Then the doctors called his father and offered to give him an injection, but his father refused...
In 1989 he became an active participant in the anti-nuclear movement Nevada Semipalatinsk. Exhibitions of Karipbek Kuyukov's paintings have been held in Japan, the USA, Germany and Turkey.
In 2013, Karipbek Kuyukov became an honorary ambassador of the ATOM project.
Program: Stories Ⅱ, Panel discussion Ⅱ
Speakers一覧へ戻る